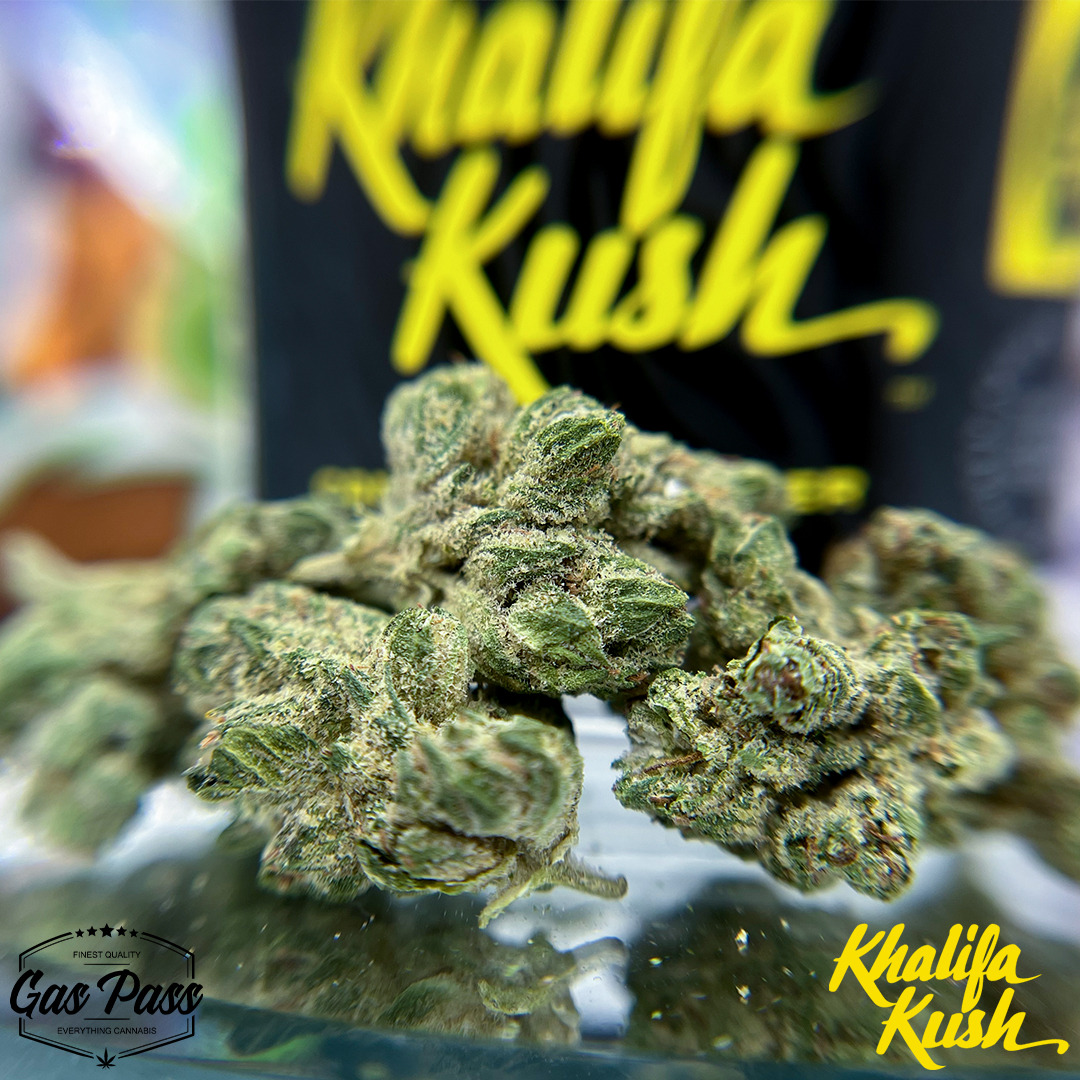 Dear Wiz, I am writing this review not only as one of your biggest fans but as a cannabis connoisseur as well. I truly understand you are a very busy man however I hope that the universe can somehow get this review brought to your attention. As someone who has been following you since the “Prince in the City” days, I was more than thrilled when I learned your highly exclusive Khalifa Kush strain was hitting the market. Coming from you, I knew this strain was going to be something very special. However, it saddens me to say that my experience with the Khalifa Kush has been quite the opposite. I am not just talking one neither, I have had this strain on multiple occasions. Sooo, let’s talk about my take away overall.

Please direct your attention to the photo to the right. This is from the most recent drop you did with Harvest here in AZ. As you can see, this isn’t even close to anything you guys have been advertising on your page. This is not the KK we all hoped for. As you can see, these buds look as old as they are. When I broke the weed down, it basically turned to dust. Most of the buds were “popcorn” which to me is a hard pill to swallow for the price of an 8th. Based on our 1-5 grading scale with 5 being the highest score you can get, I can only give this strain a 1 in the looks and presentation category.

Not only did this Khalifa Kush look old, it smelled and felt old. It did have those OG Kush notes to it however, they were extremely faint. On top of that, they had that “old sack” smell. I can only describe it as the same smell you get from that bag of weed you finally found, after looking for a year. As I mentioned earlier the weed basically turned into dust when I broke it down with my fingers. I truly feel that even you wouldn’t even smoke this KK and it’s your strain. Just like the looks and presentation, the smell and freshness to get’s a 1 out of 5.

I can say that the taste is where things got better. I definitely got more from this department than I did from anything else. That being said, it wasn’t that much better than the categories that were broken down before. The taste of Kush was there but it was very light. “Watered down” is the best way I could describe. I was hoping to get more as I passed the halfway point yet, the flavor remained airy. The best I could get this strain in the flavor department is a 2 out of 5.

The high was at least the best part out of the entire experience. Again, nothing to brag about but it was more noticeable than the previous categories. It produced a very subtle head change at least for me. However, I feel that someone who may have just started smoking might have a better experience. For the experienced smokers, this is not what we were hoping or paid for. I am still trying to wrap my head around the fact that I had to smoke more weed right after smoking an entire blunt of this Khalifa Kush. That being said, I can at least give the high a 3 out of 5.

I really wish I could say this was the only bad experience I have had with this strain. Out of the many times I have smoked it, it has only left me satisfied once. For this being the almighty KK, I at least expected to be blown away once. I understand that not all batches can amazing. Yet, to have one out of at least ten experiences be mediocre at best is a let down. We all know what the real Khalifa Kush looks like, and was just hoping to see what it was like to smoke like the one and only Wiz Khalifa.