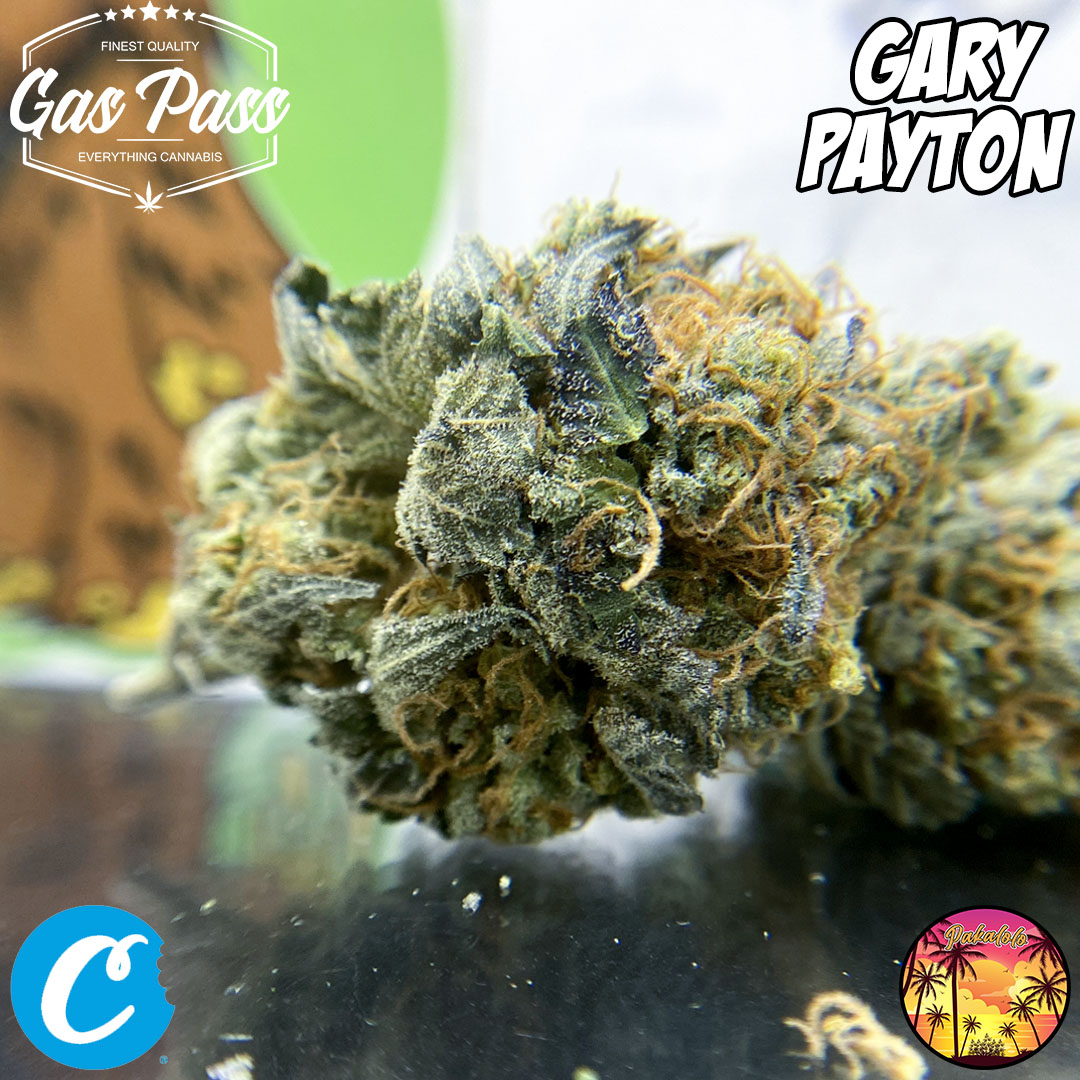 It seems like sesh after sesh, I am continuously blown away. These home growers prove time and time again that home grown cannabis is the way to go. The quality is the same if not better than what the average commercial grow is putting out. I am getting the opportunity to try strains I never even knew existed. From the most common strains to strains of the most exotic caliber, the Gas Pass sesh’s have it all. For this sesh we were in for a treat. My brother Pakalolo brought the heat out that night. There was I95, Wedding Cake, Oreoz, African Haze and the one and only Gary Payton. Yes I know so many strains, how was I able to choose? Simple, I went with the one I have only tried once, Gary Payton. Sooo, let’s talk about it!

Gary Payton is definitely a Cookies classic. It is a cross between their Snowman and The Y. Based off the looks, I would have to say that the Snowman’s genes were the most dominant in this pheno. I say that because this pheno had a lot of purple tints. Snowman is Girls Scout Cookies pheno and The Y is a cross between Amnesia Haze and Kali Mist. When comparing the lineage between the two, you would see why I would assume the Snowman is the more dominant one. Not only did this strain have eye catching colors but the trichomes were on point as well. All in all, I can confidently give this strain a 5 in the looks and presentation category.

The smell was the one that caught my attention the most. Depending on where you were, the smell of this strain could have cleared or filled a room. It was super gassy with mild hints of sweetness. Before doing my research, I thought this strain was a Sherbert cross. That is the strain that came to mind as I opened the bag and got my first whiff. When I broke it down my entire house smelled like a gas station. Even hours after the blunt was long gone, the smell was not. I can easily say this strain earned its 5 in the smell category. If I could, I would give it a higher score. That is how amazing the smell was to me.

The taste was nothing less than phenomenal. It had everything the smell had and more. However, the taste of sweet gas was well balanced. The inhale was extremely gassy with an evenly sweet exhale. The sweet taste also had Sherbert written all over. Towards the end, I was no longer tasting one it seemed as if those flavors became one. Even long after the blunt was done, I could still taste the terps in my mouth. I think I even took a nap and when I woke up it felt as if I was smoking in my sleep. With all that being said, I can confidently give this strain a 5 in the flavor category.

It was the high that sealed the deal for me. There was a time during the blunt, I contemplated on putting it out. The high I was feeling was no shorty of an indica one. It felt as if it attacked my cerebral and cerebral only. I thought or maybe I was hoping, that the high would go ahead and work its way downward. It decided it was going to go no further than my face but really sat behind my eyes. As soon as I finished, I came inside and took one of the most heavenliest naps I have ever taken. This was the easiest 5 I could have ever given to any strain in the high category.

This will be my second encounter with the Gary Payton strain. The first batch of Gary Payton I tried came directly from the Cookies store. I wont lie that batch wasn’t bad. I enjoyed it and thought that it was definitely Gas Pass material. However, I believe I can safely say that my guy Pak outdid the Cookies crew. His run was just better in every way, shape and form. I wont lie, out of all the strains I have been blessed to smoke, this one has made its way into at least my top ten list. I couldn’t even say the same about the run I had from Cookies. Even thought it was good, it wasn’t good enough to make an impression on me like this Paks did. As far as home growers go, I can easily say that Pak is one of my favorite in Arizona.