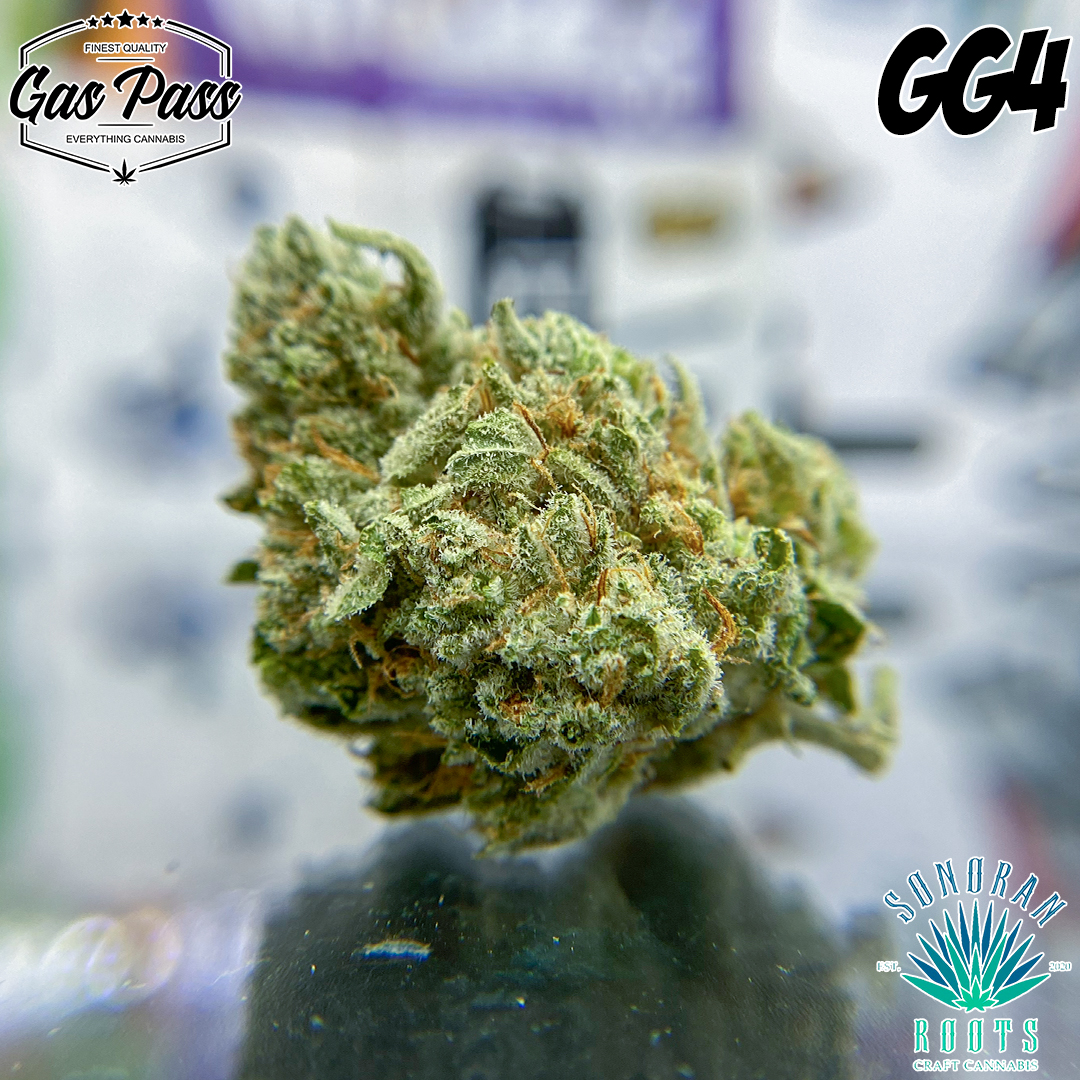 If you are new to cannabis, then you more than likely missed the GG4 wave. There once was a time when GG4 dominated the market, and rightfully so. It was always flavorful and extremely potent. Therefore, it became a very reliable strain to say the least. You are probably wondering why I am writing as if this strain went extinct. Well, if you asked me, it somewhat feels this strain fell off the face of the Earth for a while. For a strain that was once dominating the cannabis market, it now feels almost impossible to find. When I saw that Canamo had GG4 on their shelf, I made sure to bring it home and give it a spin. Sooo, let’s talk about this legendary strain shall we.

For starters, GG4 is not new to the Gas Pass. We actually wrote about this strain from Pakalolo’s run, which was immaculate. This batch from Canamo didn’t disappoint neither. Now, I’ll be honest and say that I did not ride the GG4 wave when it originally hit. Therefore, I do not have a vivid memory on this strains presentation. However, I will say the batch from Canamo looked amazing. It had a beautiful, vibrant green glow and was heavily coated in trichomes. It was for sure some of the best GG4 that I have laid my eyes upon. 5 out of 5 in the looks and presentation category.

Out the bag (yes this came in a mylar) I instantly noticed creamy and nutty notes with a touch of gas. It reminded me of toasted almonds with a hint of OG Kush. When I broke it down, there was a burst of chemically, cement glue like notes. Now the smell was present however, I can not say they were “loud”. For the price point, they were good enough for me. I can happily give this run a 4 out of 5 in the smell and freshness category.

The taste and flavor were very identical. The gassy notes was a little stronger taste wise apposed to the smell. However, it had the same amount of creamy and nuttiness to it. I don’t remember GG4 tasting this mouth watering. To be fair, I don’t recall much about this strain which in turn, makes it even more fair to say that this is some of the best tasting GG4 I’ve had. To be honest, Pakalolos run was just as good though. The Canamo run however, is a solid 4 out of 5.

As the high started to kick in, it made sense on why this strain was such a huge staple back in its day. I wasn’t even half way through the blunt when I started to feel the strains affect at what felt like full force. By the time I approached the end of the blunt, I was blasted. I could mainly feel the effects in my head. They produced a light, spacey feeling. Every move I made felt like I was doing so in 0 gravity. This right here is the reason why GG4 was as popular as it once was. After this encounter, I would not mind seeing this strain on the shelves a little. However, that being said I would not just want any brand growing this strain. I feel that only the best of the best should run this in their facility. That way it always comes out right. 5 out of 5 for the high on this strain.

Giving this strain its Gas Pass was easy. Not only that, but it was refreshing to have an oldie but goodie. As I stated before, I would not mind seeing some of the elites run this strain a couple times for the new market to try. As a matter of fact, there are a handful of classic strains that need to make their way back to market. That however, is a discussion for another time.