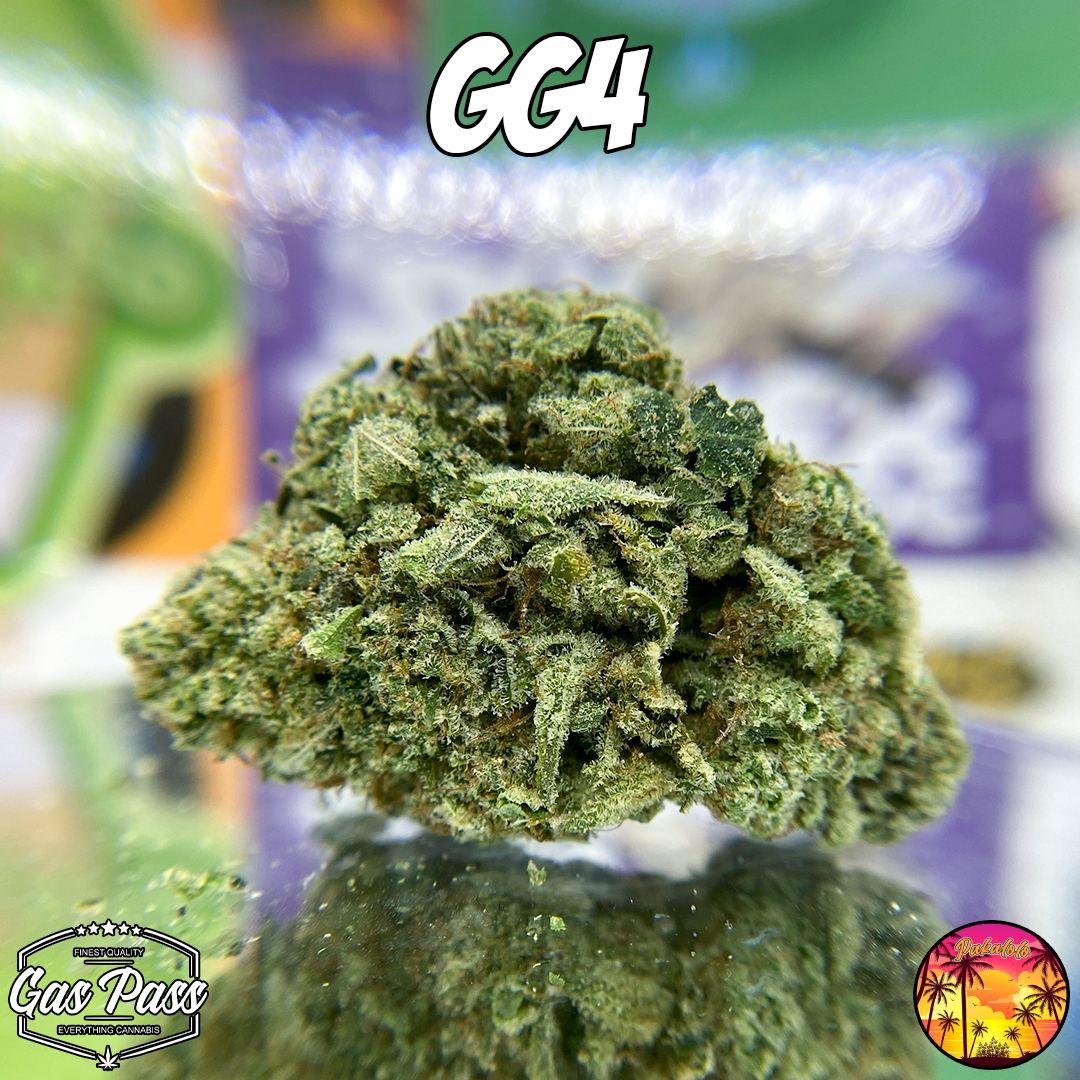 This batch of GG4 is hands the down the best I have smoked to date. The best part about is that it did not come from a commercial grow or any dispensary. In fact, it was grown in the home of a really good friend of mine. If you have been following us for some time now, then the name Pakalolo should ring a bell. His flower has been featured on the Gas Pass a few times now. With every time being better than the last, it made absolute senes why this GG4 made the impression it did on me. Sooo, let’s talk about this cannabis classic.

I can not say I was surprised by how fine the buds looked but boy was I truly amazed. Not saying that previous strains were not up to par in this category because they definitely were. It is more of that fact that the batches keep improving which, you can’t even say about some of these “big time” commercial grows. I understand commercial and home growing are two different worlds. However, when you are a “big time” commercial grow there should be some type of improvement in areas other than packaging. That is just my opinion however and we can save that discussion for another day. Back to this GG4, it deserved more than the 5 i could give.

The smell was very satisfying and I’m saying that to keep it PG13. It smelled exactly like gasoline and was the exact definition of the term “gas” when referring to cannabis. The buds had a very nice stick to them as well from being properly dried and cured. As I broke them down, I could just feel the resin building up on my fingers. I knew that no matter what my fingertips were going to smell like dank all day and I was truly ok with that. In my opinion, this is the best scent out of many that cannabis produces. It’s strains like this GG4 that made me get into strain hunting. Smell and freshness wise this batch definitely earned its 5.

The taste was just as good if not better than the smell. I only say better because it had that gassy taste to match the smell. There were also small hints of that creamy, toasted and mildly sweet flavor associated with roasted nuts. As I made my way through the blunt, the flavor grew stronger which caused my mouth to salivate out of control. I honestly can not recall what GG4 tasted like before this, it had been quite some time since my last time smoking it. What I do know is that if I happen to roll up anymore GG4 in my lifetime, it’s got to at least be as good as this. Solid 5 for the flavor on this batch for sure, I could not see myself giving it anything lower.

I do not think this strain would have been as good as I consider it to be if the potency wasn’t were it was. It doesn’t blow you away up front, but instead creeps up on you over time. In a way I like creepers because they give you time to enjoy the weed your smoking. Those gut busters that have you choking every hit are cool and all. I just feel that those are at times too much and in turn cause me to put my blunt out too early. Or, I would cough so much that I can hardly taste the flavor of the herb. That does not mean I do not like “smackers”. I just enjoy the creepers a tad bit more. That is why this strain earned its final 5 from me. That gives this batch a well deserved perfect score.