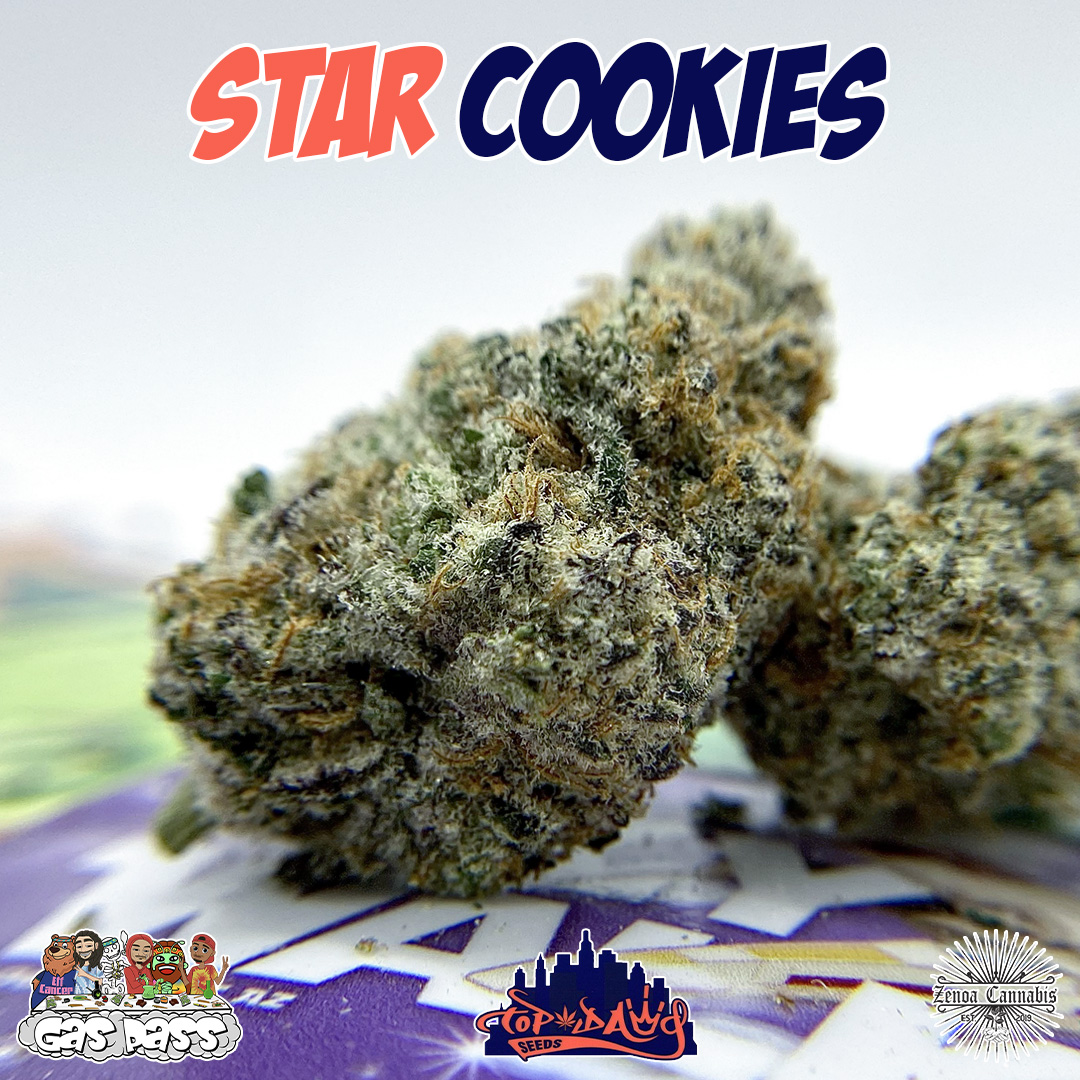 If you live in or plan on traveling to Oklahoma, you must put Zenoa Cannabis on your list of must tries. I would consider them one of the best grows in the state of Oklahoma. That comes after trying a handful of their strains and being blown away by every single one of them. I would say my two absolute favorite strains they have grown are GMO and the Donkey Butter #9. However, on my last visit they dropped some Star Cookies from Top Dawg Genetics. I made sure I did not leave the state without putting that strain in my lungs. Sooo, lets talk about this GSC x Star Dawg cross.

To be successful, you have to be consistent and Zenoa is just that. Especially when it coms to the presentation of their buds. This Star Cookies were some of the frostiest buds I have laid my eyes upon. What blew my mind the most was how vivid the trichomes were to the naked eye. Color wise, it had a pretty even blend of purples and greens. The orange hairs that also covered the buds hollered fire. This was one of those strains who’s looks bring nothing but joy. I kow I was more than excited to get it rolled up and smoking. A 5 would be the only appropriate score to give this strain in the looks and presentation category.

Pine with very faint hints of pepper were the smells I noticed as I opened the jar. Once I removed and started to break down the buds, the smells switched to a gas and cream. It was a lot like gelato but, with heavier gas and cream notes. I wouldn’t say the taste had a heavy presence. However, I would say it was good enough to leave me more than satisfied. Therefore, I felt it earned a 4 in the smell category.

The flavor was the lowest scoring feature of them all. It was still good, just not as good as the presentation or smell. The flavor consisted of a combination of sweet and cream. However, the sweetness was one that reminded me of flowers. Once I reached little over the halfway mark, the flavor had a little funk to it. Still, it was nothing spectacular by the time I finished my blunt. I couldn’t score it anymore than a 3.5.

The high is where this strain all came together. What it lacked in the other categories, it made up for in the high. Before I even reached the halfway mark, I felt more high than I anticipated. What started off at the very top of my head moved its way through the rest of my body. However. I could mainly feel it behind the eyes. By the time I finished, I was beyond high. What I was feeling, I would imagine is what it feels like to smoke weed in space. This was for sure worthy of a 5 and more.

If I am not mistaken, this was Zenoas first run with this strain. If so, that would explain the lack in smell and flavor. However, based on the what this strain was priced at, I was more than pleased with what I got. I am hoping that they have added this to their rotation regularly because I would love to give it another spin. I know the next time I am in OKC I will be looking for not only this strain but anything Zenoa.