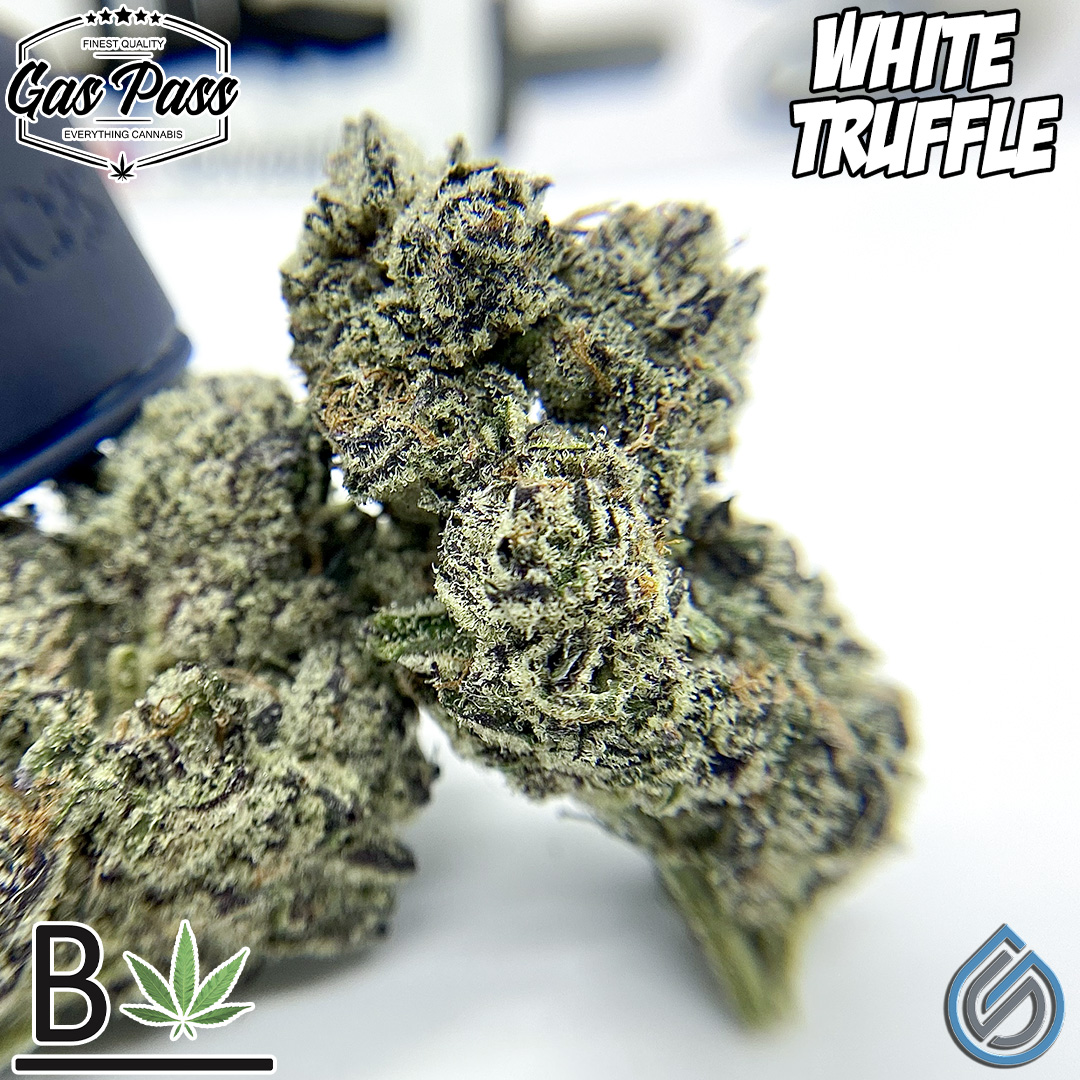 The White Truffle could be the new wave of the cannabis scene and honestly I am all for it. We need something to take us away from all of the Gelatos that have flooded the market. Saying that out loud now, has me thinking if I really want every grower in the state to get their hands on this cut. The last thing I want is for this strain to flood the market and become irrelevant like the Original Glue, Wedding Cake and the soon to be Gelato crosses. There has only been two grows out here that have been able to get their hands on that cut which I feel is enough yet, I would not be apposed to seeing what Tru|Med could do with this cut. We have already talked about Potent Planets run at this strain and that was phenomenal. Sooo, let’s talk about what the Grow Sciences team was able to do with it.

The White Truffle is a Gorilla Butter F2 pheno. It was bred by Fresh Coast Seeds but made famous by the Oklahoma cultivator BeLeaf. Now we all know that Grow Sciences is known for absolutely crushing their runs but, they went in their bag with this White Truffle. It is arguably some of the best weed to come out of their Grow Since the Hidden Pastry and Kush Mints 11 x Purple Punch and I say that respectfully. What I was looking at looked like it was strategically made in a lab. Especially because of how heavy the coating of trichomes were. Buried under somewhere under the sea of trich’s were buds that were the darkest of purple I have ever seen. There was no way I was giving this strain less than a 5 in the looks and presentation category, especially since I could not wrap my head around the fact that this came from a small seed.

The smell was mouth watering to say the least. The moment I cracked the seal and the air shot out of the jar, I got a whiff of some terpenes that I never experienced from a cannabis strain. What I was getting reminded me of a buttery steak. There were meaty terps like a Meat Breath with a touch of those buttery terps you get from Original Glue. At this point I usually go right in and start quickly tearing the buds down as I am overly excited. However, that was not the case with this one. I decided to take my time and really savor that moment before I finally decided it was time. After breaking it down, those smells only got stronger except now there were small hints of gassy notes present. There was no way I was going to give the smell and freshness category any less than a 5.

With the smell being as amazing as it was, I was expecting the taste to be just as good if not better. I got exactly what I was hoping for as the flavor had a nice buttery taste. As I would exhale I could taste the meaty terpenes I was getting from the smell. This was truly amazing and I could not contain my excitement any longer, at this point I was smiling from ear to ear with every hit. As the blunt continued, I started to pick up on some gassy garlic like terps. Everything about this reminded me of GMO with savory cream finish. It for sure earned a 5 from me in flavor department.

From the moment I sparked it up until the finish, it smacked me in the chest. Every hit I took lit my chest on fire as if it was my first time smoking weed. I tried with every fiber in my body to catch not only my cough but my lungs as I would inhale the smoke. Even though it was smooth and I mean addictive smooth on the inhale, it was the exhale you had to prepare for. Do not let me scare you, yes it sounds like an unbearable experience but I promise you its quite the opposite. I smoked this strain before a trip to California and I promise you one moment we were getting on the I10 and the next moment I was waking up to the beach. I knew right then that this strain was another breed made for true cannabis connoisseurs. The White Truffle is another example of a perfectly grown strain. I hope this is the new standard for Grow Sciences flower quality and if so, hold on to your lungs.